Home » About Us » History of Swindon Bowls Club 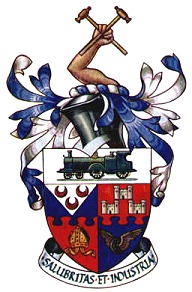 Founded in 1908, when Edward VII was King and Herbert Asquith was the Liberal Prime Minister, Swindon Bowling Club has been one of the most prominent clubs in Wiltshire for many years. The man who was the driving force behind the founding of the club was Major Dixon, who wanted the club to be for the use of the railway workers, the railway works being the principle industry in Swindon at the time.

The first green was located to the rear of the County Ground Hotel, near Swindon Cricket Club, but in 1911 the club relocated to Shrivenham Road with a new green laid on land donated by a prominent local landowner named Goddard. The original pavilion consisted of two old GWR railway carriages jacked up on to supports and was affectionately known as ‘The Bunk’. This served as the pavilion until 31st August 1968, when with the assistance and advice of British Rail staff, ‘The Bunk’ was moved into the car park at the side of the green. This created the space required to build the new pavilion, which was constructed by Harry Willmott Builders. Harry Willmott was Treasurer of the club and also took his turn at manning the bar at lunchtimes.

While the new pavilion was being built, in order to retain the necessary alcohol licence one of the railway carriages remained in the car park and served as the bar. Because the supplies of water, electricity and gas had been cut off prior to the move to the car park; the carriage had to be lit by candles! The new pavilion opened for business on 25th January 1969, with an official opening on 22nd February of that year. The furniture was supplied by the Whitbread Brewery.

Swindon Bowling Club was an all male establishment until 1966, with women only being allowed onto the premises on one night a year, that being Christmas Eve. It is said that if a woman wished to talk to her husband, she would have had to do so through a hatch at the end of the old railway carriage! However, in 1966 women were accorded the right to become social members, which allowed them to use the bar but not the green. Nonetheless, in April 1968 the Ladies Section of Swindon Bowling Club was formed and this was during the club’s Diamond Jubilee season.

Swindon was chosen as the venue for the Middleton Cup (Inter-County Championship) trials in 1990 and went on to stage these prestigious matches from 1990 to 1992. Swindon has provided Wiltshire with numerous Middleton Cup players over the years and Howard Pryse, still an active member of the club having played in 88 Middleton Cup matches.
Such was Swindon’s fine reputation that in 1990 it was chosen as the venue for the National Mixed Fours Finals, which was sponsored by Liverpool Victoria and the Cancer Research Campaign. It was a huge honour for the club and members put in a massive amount of work to ensure that the event went off smoothly and successfully.

In more recent times a skittle alley was added in 2002, which is used by one men’s team, one women’s team and a mixed team during the winter months. In addition, the club’s alley had been used on several occasions as a neutral venue for competitions reaching the latter stages.

The club became unified in 2003, the set-up being a main Management Committee (with elected members of both genders), and Men’s and Ladies’ committees to oversee bowling matters.

Over the years Swindon Bowling Club has enjoyed success both on and off the green, with numerous honours won and offices held. One Swindon member in particular gained prominence as a National Coach, the late Barney Fernandes, who also held the office of National Director of Coaching and Development for the English Bowls Coaching Scheme.

Ross Wheeler held the position of County Treasurer from 2011 to 2014.

The club has provided one President of the Wiltshire Women’s Bowling Association, this being Marguerite Hobday in 1983, she was also Secretary for many years.

The club has also provided three Presidents of the Wiltshire Bowls Association, these being H.E.Parker 1932, Eric Hobday 1986, and Barry Wheeler 2009.

Eric Hobday (1986) is the only Wiltshire President to date who has been presented with the Middleton Cup, when Wiltshire – formed in 1914 – celebrated their only success in 1986 at Worthing. The winning team included three Swindon BC players – Barney Fernandes, Mike Jackson and Howard Pryse.

This website uses cookies to improve your experience while you navigate through the website. Out of these, the cookies that are categorized as necessary are stored on your browser as they are essential for the working of basic functionalities of the website. We also use third-party cookies that help us analyze and understand how you use this website. These cookies will be stored in your browser only with your consent. You also have the option to opt-out of these cookies. But opting out of some of these cookies may affect your browsing experience.
Necessary Always Enabled
Necessary cookies are absolutely essential for the website to function properly. These cookies ensure basic functionalities and security features of the website, anonymously.
Functional
Functional cookies help to perform certain functionalities like sharing the content of the website on social media platforms, collect feedbacks, and other third-party features.
Performance
Performance cookies are used to understand and analyze the key performance indexes of the website which helps in delivering a better user experience for the visitors.
Analytics
Analytical cookies are used to understand how visitors interact with the website. These cookies help provide information on metrics the number of visitors, bounce rate, traffic source, etc.
Advertisement
Advertisement cookies are used to provide visitors with relevant ads and marketing campaigns. These cookies track visitors across websites and collect information to provide customized ads.
Others
Other uncategorized cookies are those that are being analyzed and have not been classified into a category as yet.
SAVE & ACCEPT